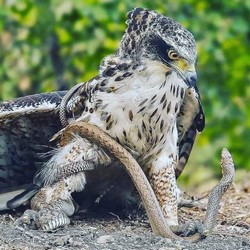 Would you accept someone's forgiveness for leaving his organization, which at one point burned the Bible, burned living people, burned true Christians based on God's word, collected money through delusions and threats for waging wars, and violently terrorized the population? This hard thing to believe has happened, as you can see. "We forgive you Protestants for leaving the Catholic Church" in the text of the document of the initiatives, that several Czech leaders and their friends made, and who plan to continue to go deeper in it.

This initiative in the Czech Republic is nicely called "reconciliation", but it negates repentance. Under the guise of beautiful words of reconciliation, it legitimizes the sins of idolatry, the worship of saints, joining with other spirits, speaking to the dead, denying the authority of God's word, the Scriptures, intermingling with foreign spirits and religions, speaking negatively about the true apostles and prophets, tolerance of blasphemy against God, tolerance of false apostleship, and many more.

The unity of the Spirit with the shamans and the Dalai Lama?

I have received a few words from the Lord about this initiative, and I warn and separate, speaking for our ministry, from this spiritual current. It is the spirit that works this, but it is neither holy nor God’s.

I remember a pope who, despite Jesus' prohibition (Mt 23: 8-10), does not mind being called a "holy father", shaking hands with the Dalai Lama and having amulets put on his neck by shamans, with whom he brings the idol of a half-naked woman to the temple. I realize how he seeks to "unite" all under this prostitute with foreign deities to Rome, which Scripture calls spiritual fornication.

And that text of the initiative that "the wall has been torn down and we can stand before the Father in the unity of the Spirit - both Catholics and Protestants"? How can we stand in the long run in “unity of the Spirit” with those who tolerate clear, distinct and visible spiritual fornication and idolatry, and submit to the guidance that even promotes this?

Sometimes there are connections and outpourings of the Spirit, some contacts, and common things when the born-again people within the Rcc somehow react to God's people outside or vice versa. God then gives them love for each other, but a person who loves God's word ", and we know that" love for God is that we keep his commandments"/ 1 John 5: 3/," cannot even easily "tolerate" what half the Bible constantly warns against - intermingling with foreign gods, spiritual fornication.

The prophetic word about Protestants (and this initiative) who take the position of not announcing to Catholics the word of God about the need to leave idolatry and other very clear and visible sins .and practically (in theory, some biblical Protestants do not admit it even to themselves) legitimizes them when they talk about that "the wall was demolished and now we can stand in the unity of the Spirit - Catholics and Protestants - before the Father" see. text of the initiative.

"They strengthen the hands of the perpetrators of evil so that none of them turns away from their iniquity" (November 12, 2020)

About the Roman Catholic Organization Rejecting God's Message in Scripture:

"He is the judge for the one who rejects me and does not accept my words. The words I have spoken will judge them on the last day." (November 12, 2020)

Overall about the protagonists of the initiative:

"they don't know where they're going because the darkness has blinded their eyes" (November 22, 2020)

"I write these things to you about those who are trying to lead you astray" (November 22, 2020)

"I did not send them, they prophesy false visions, idolatry, and confusion of their own minds"

Regarding the idea that "if we apologize, the RCC will change", which some Protestant protagonists hold:

For those who do this and go in this direction:

In conclusion, I would mention the knowledge of Scripture, which clearly escapes all those involved in that reconciliation, as well as the seriousness of the serious sins mentioned in the introduction, which bring people to doom. They apologize to each other for the violent acts of "their fathers, their spiritual predecessors". "We killed each other ..." as stated in the text of the initiative.

It is the following scripture:

Woe unto you, scribes and Pharisees, hypocrites! you build tombstones for prophets, you decorate the memorials of the righteous, and say, 'If we were in the place of our fathers, we would have no part in the death of the prophets.' prophets. " (Mt 23: 29-21)

Some need to read this Scripture more than once. It also illuminates this situation. Someone is building monuments here to the prophets killed by "their fathers" and saying that it was terrible (and some do not admit it even) that they would no longer do this, but at the same time, they still claim them as "their spiritual fathers" and call them their fathers.

(In other words, you can not call the inquisitors or popes sending people (true Christians) to stakes or some Hussities killing people as “our spiritual fathers ..or even called them by the word WE”, it is not good not only because of this word but also because of other words such as Jesus blessing on “not tolerating evil people and discerning false apostles”. (Rev 2,2) )

At first glance, Jesus destroys a beautiful thing with a huge rebuke, admonition, and in the case of the scribes, also by judgment. He says to them: "You are hypocrites. You testify against yourself that you are the sons of those who killed." It is a very strong judgment.

The very important message for all participants of this initiative and others:

This word was received and discerned in Bělkovice at the pastors meeting.

Some other videos on this topic, when I addressed it to our church:

The Czech video - Don´t join us with Roma's seat 1

The Czech video - Don´t join us with Roma's seat 2