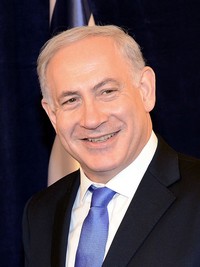 The keyword that we have received last year, in 2016, was God's word declaring that "they will seek peace, but there will be none".

Surely, who knows the scriptures, knows also that all nations, neither only one nation nor few nations, will fight against Israel one day, but nobody is totally sure of the timing. The prophetic scriptures also suppose that there should be the temple build in Jerusalem which is not there now. There are Jews that are very concerned about building a third temple but the day for it isn´t today. Itś still waiting to be done.

If we look back to history we see Jews for hundreds of years to live in many countries around the world. We also know the scriptures that speak about the presence of his nation in his promise land so we recognize the rise of Israel in 1948 and the flow of Jews to it as a fulfillment of these prophetic scriptures existing for centuries.

We also received the word in 2017, which we believe to be a revelation of the true nature of the conflict there that is still going on between Israel and some Arab nations and countries there. Sometimes it is not real war or let´s say it isn´t a time of revealed war but a true battle is still there.

"Too long have I lived among those who hate peace. I am for peace; but when I speak, they are for war."

We believe this word to reveal some aspects of the situation in which Israel is.

Some countries have made a peace treatment with Israel but the real essence of a conflict lays very clearly there, in spite of that. It’s not difficult to see it even without a prophetic gift only with the use of our brain.

But it seems to me, that premier Benjamin Netanjahu in his speech in OSN spoke in a more optimistic way than gives this word of the Lord. "They will seek peace, but there will be none."

More in this category: « Trump Stopped Support of Anti-Assad Oposition
back to top
FaLang translation system by Faboba