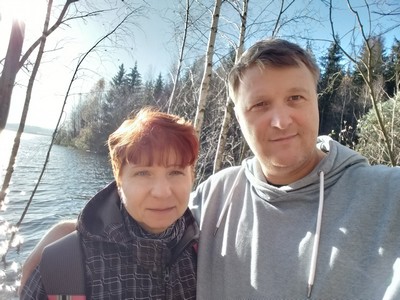 There were presidential elections in the USA in November 2020. And there were also many prophecies about Donald Trump being elected for the second term. It came from the people respected in quite large circles in the USA (not only there) as prophets. And many others agreed with it. The stream of those prophecies was so strong that some people still said it would change even after he was not elected. Some of them were saying it fully and clearly. Some others were saying it in the way as "God has not finished yet and his time is just coming" and so on. By this, they were encouraging the faith for the miracle of Trump being somehow "reelected". (President Trump claimed the election falsely counted. There was a possibility for judges or those who did new countings in some states to bring some new results.)

This movement was hit by these wrong predictions then. Some servants later repented and apologized for it, and some did it in a little "lighter version of repentance" way. I share this article here not in the category Prophetic Words but the Prophetic Blog. It is more sharing than prophesying.

I don't want to bring these shared thoughts as fully proclaimed prophecies, even if they were the revelations and prophetic words. I don't want to do it because our prophecies about the election in the USA were not clearly stated and published as some other prophecies for example the strategic and key prophecy about Syrian president Bashar al Assad or (even maybe more) strategic and important word about the scale of the pandemic (by some Christian circles undervalued) coming to the world in 2019/2020.

The stream and turbulence of the movement saying this prophecy about Donald Trump was, in my opinion (according to what I saw from my point of view), so strong that sometimes it became a little militant. Maybe it was because of connection to the election, which sometimes is a real spiritual war and a "political battle". Christians taught in a way where the importance of confessing the words of faith, power of faith for promises to be fulfilled even when it seems no way for them and the importance of dealing with doubts were prepared to fall to this stream. (We also teach these biblical truths in the biblical frame.)

This stream was flowing even around us in our country touching some Christians and even some political parties or people in politics in the Czech republic. Even those people who are not in politics were influenced by this stream. And they were somehow flowing in it.

But it was a false stream, a false movement (I don't speak about the whole movement but about the move in this direction we are talking about) inspired by the false prophecies received by many people and leaders. My personal opinion was influenced by two words I received only a few days before the elections, and they were speaking about Trump NOT being in the second term. But as I say, I only share it here. I don't say these as fully valuable prophetic words brought to the public. Sometimes we have only personal revelations like Simeon or Anna about Messiah that are also written to be useful, but at the time of speaking, not many people hear them.

Inside the ministry, we experienced dealing with this stream flowing through the world (every time some streams flow through the world) and gently identified and recognized it as a wrong stream. After the election, waiting for the procedures to be done, I remember the ministry to three Americans, two leaders, when I was bringing them the clear word "FALSE HOPES" about reelecting Trump. Especially one of them was still in that stream, believing and trusting for the change. But the real prophetic word was this: "false hopes".

So what we saw was that the wrong prophetic word deceived one quite big movement of Christians.

We all have to be very careful, for we all can be wrong. Therefore, there is a need for prophecies to be discerned very carefully.

"Two or three prophets should speak, and the others should weigh carefully what is said."

(this verse is about prophecying in a meeting, but we see here the great importance of discerning)

Why did this happen?  There were other (and some of them still exist) essential mistakes throughout some of these parts of the body of Christ. We faced regularly opposition when we tried for example (by the way possible to us) to bring other views also in the area of the power of Mamon in a church, the (un)importance of worldly success, the perceiving of  Covid-19 pandemic and its scale and source, the settings for prophetic gifts and some other areas where we see the shift from biblical truths did by some servants.

Sometimes when we shift in some areas somewhere in the back of our road, we can see real results of this shift a little later in some places we wouldn't expect it. This could become a humble place of repentance and coming back to basics. It can (and it should) be also a place for inquiring the Lord about where the shift or wrong word got the place in us and how this could happen to all quite large parts in God's armies.

More in this category: « We need to know when something is a judgement of God that it is so
back to top
FaLang translation system by Faboba