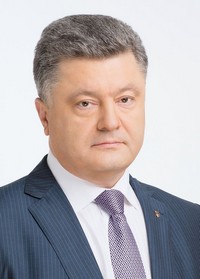 President of Ukraine, Petro Porošenko promised in 2015 to Ukraine people to fight for united Ukraine. But God said that Ukraine will not be united more and he also said one year ago, as we believe, to Ukraine army, politicians and nation not to go to war against the East regions.

They didn´t obey. But in spite of that they "can´t succeed" by taking back what they wanted, because "the king is waging a war" against them.

What does it mean?

We spoke about others, and actually, the first words received to Ukraine and conflict there, in an article President Vladimir Putin, Russia, and Ukraine. Words received in September and December of 2014: "The king is waging a war" and "a divided house will not stand". The first one was a revelation of the power standing behind a conflict, it means Vladimir Putin, who is backing all similarly as he backed it in the case of Crimea, even if he long time spoke negatively about his engagement in taking of Crimea. The second one was a revelation of the future and information that the desire to take back the regions of Eastern Ukraine (or even Crimea) is hitting ahead to a stone wall with results as only injury and victims on both sides.

Ukraine people should not fight with an army against the regions in the East, their own people, and Russians. Many people died because of nothing. They should probably let them go after a referendum if they would like to go. People in Kyiv also changed with power and force the government and it was not done by a normal regular election.

Is it legal, is it good, is it just, is this not weakening Ukraine? We can think what we want but if God spoke to not go to fight, then it’s more than anything else. But surely, the prophetic words need to be carefully discerning.

You have 10 000 killed including 3000 civilians now, lost lives and these regions are still not yours. And they will not be yours!  Furthermore, you have still a war (even after Minsk 2) and your people "die and fall in war". (February 2017)

More in this category: « NATO intervention in Libya, Fall of Muammar Gaddafi, Libya European Union »
back to top
FaLang translation system by Faboba